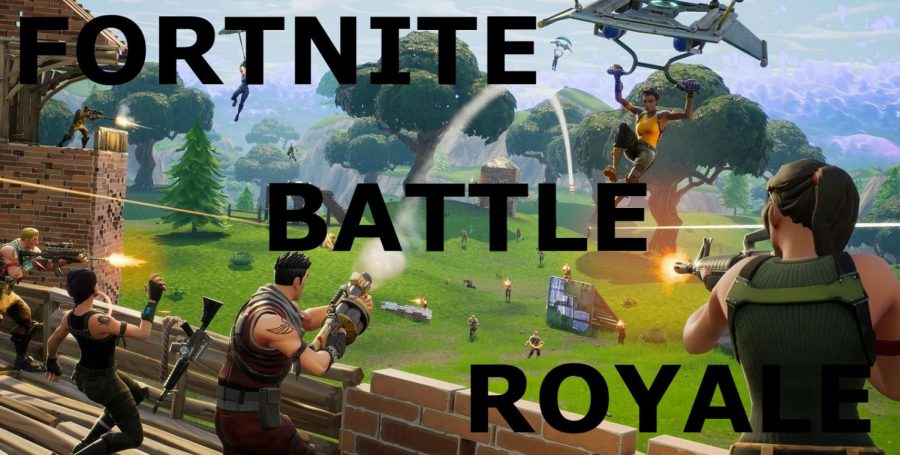 As a middle schooler that plays Fortnite Battle Royale, don’t you find yourself in this sort of position all the time? This article will explain why and how Fortnite has become so addicting and huge this year.

Personally, we think that some of the biggest reasons that Fortnite has gotten so big are because Epic Games (the creator of Fortnite) makes changes and cool updates every Wednesday or Thursday. This keeps the players very excited and on their feet waiting for the next update. Furthermore, we think that Fortnite has become so popular because a significant amount of parents don’t let kids play shooter games or games with guns. Fortnite is very animated, has no blood and not much violence, which is why we think a lot of parents let their children of all ages play Fortnite.

We asked Luke Kernahan a few questions. Luke stated that Fortnite is such an addicting game because Fortnite is very fun to play and if your friends play the game, it makes you want to play the game as well. Luke also said that he would rate Fortnite a nine out of ten because he feels Fortnite has begun to die down but is still very fun. He has been playing Fortnite for nearly four months. Luke commented that his favorite part of the game is just simply running around the map and having fun with his friends.

That is why Fortnite has blown up and taken over the brains of over 46 million people worldwide! Hop on Fortnite Battle Royale and play with friends for free! Last one standing wins!