Chromebook Gaming is a Problem at West! 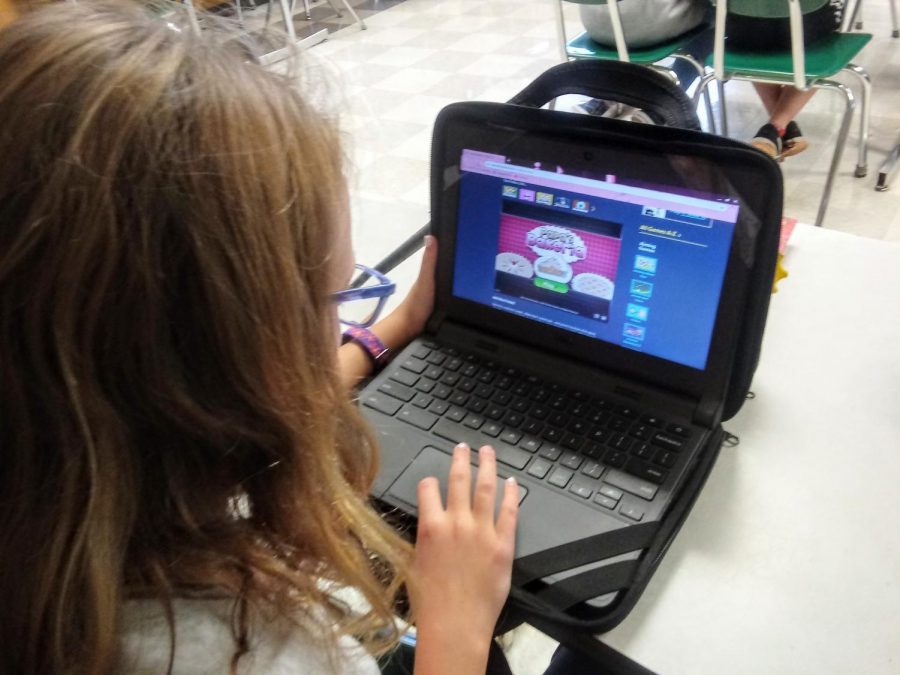 The 2019-2020 school year has begun, and students have gotten their Chromebooks. Even though it is meant for learning, some students just use it to play games. West Middle School students go on their Chromebooks during school hours for entertainment, and that poses a problem.

A few students also say that the issue isn’t really being prevented by teachers and that there isn’t much punishment. Olivia Tengalio, an 8th grader, says, “[Chromebook gamers] just get a warning to stop, and do what they’re supposed to.”  Without a strong or clear punishment, students will continue to misuse the Chromebooks during class.

It goes without saying that this problem must be solved. One way to do so might be a more serious punishment. Allie Weid, a 6th grader, says, “…I feel like taking a green card is already okay, but if it becomes more serious, and like, more people start doing it, maybe something like… not being able to go to the PBIS party or something.” And hopefully, it won’t have to come down to that. We need to make sure that this problem doesn’t get too out of hand.

Another way to prevent Chromebook gaming is to have a policy. Mr. Wooster says,”…we need a policy like Away for the Day.” Having a Chromebook policy would make all the rules the same in every classroom, and it would be easier to know when and when not to use the Chromebook for other purposes. We all know of the Away for the Day phone policy, since it is posted everywhere all over the school, and we are constantly getting reminders about it. But what about a Chromebook policy for games and other distractions? Of course, the students would be allowed to use games at home, just not during school hours. The policy could have punishments similar to Away for the Day, but maybe not as extreme, depending on how much of an issue the problem might become.