Chaos in the Car Loop 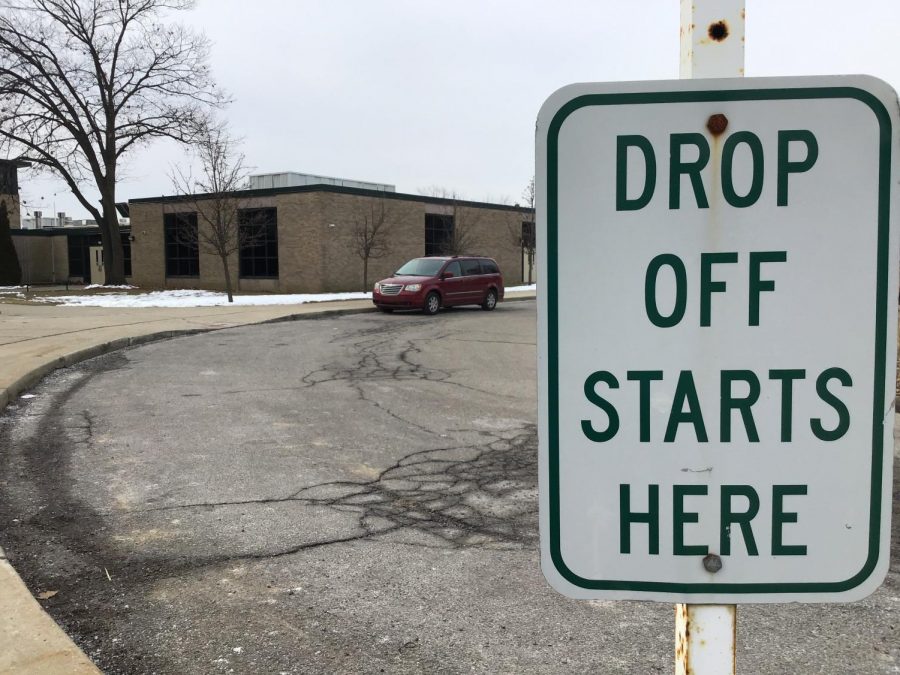 The drop-off sign in front of West Middle School.

West Families struggle with dropping and picking up their students every day. The car loop in front of West is inefficient and crowded. West families need to pull all the way up to the drop-off sign to allow for more students to get dropped off faster at one time.

Mikie Schlott, a West Middle School 7th-grade student, explains his opinions on the car loop this year, “I think the car loop is going well other than the drivers do not go all the way up to the sign…the car loop is slowed down due to kids getting their backpack out of their trunks between signs.” Schlott’s mother’s car was hit twice because of careless drivers during pick-up and drop-off. Schlott believes that the car loop rules should be more strict.

Mr. Smiley expressed his opinion about the car loop, “We had a rocky start this year, but since Thanksgiving, we’ve put a few things in place to make it run smoothly. Inconsiderate drivers are the biggest problem in the car loop.” Mr. Smiley continues, “When drivers rush it leads to anger and frustration, which causes them to be inconsiderate. In my dream world, I would add an entrance and exit instead of a double purpose entrance and exit. This double purpose exit and entrance cause problems of drivers waiting too long just so they can turn the wrong direction. If everyone pulled up to the sign and didn’t turn left all the time things would be a lot quicker with less traffic.” Having less traffic would not only help our school’s traffic but the schools and roads around us.

We agree the car loop has been improved since Thanksgiving 2019. Last year, it was a lot worse. Instead of one lane going in and out, people managed to create two lines, one going in and one going out. It got to the point where it was very dangerous. It also causes more traffic because two lanes of people are now trying to turn left. The car loop still needs much improvement, and if everyone follows the rules and do not rush, the car loop will become a more civilized system of dropping off and picking up.