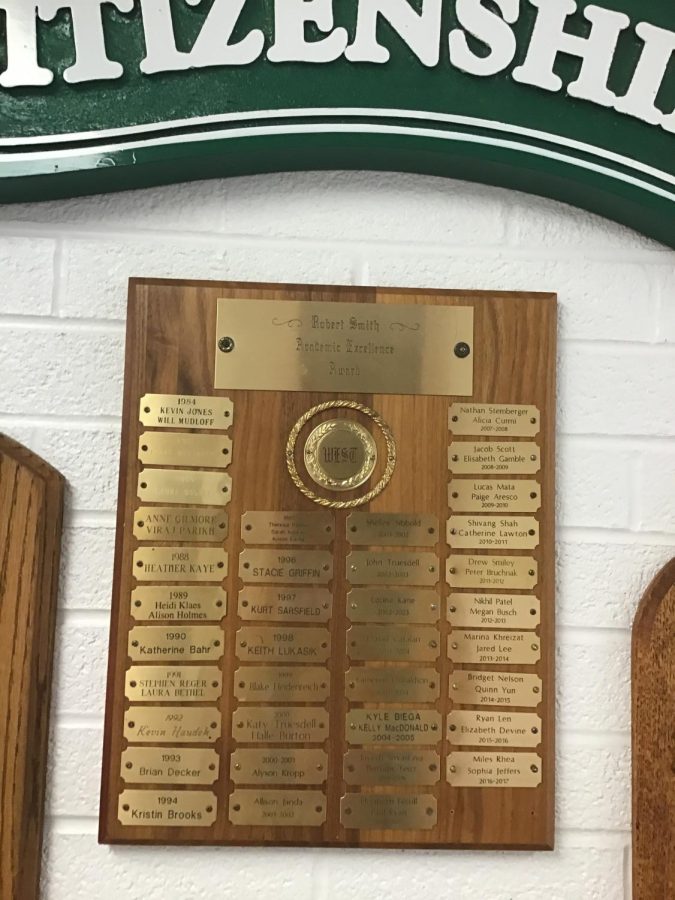 One of the awards given out at the 8th grade recognition ceremony.

This year’s 8th graders are the first West students to have a normal recognition ceremony in two years!

The ceremony will take place on June 15th.  The 8th graders will arrive at school at 8:15 am where they will have juice and donuts.  The ceremony will start at 9:00.  “The students will go to the gym, which will be filled with chairs and they will take their seats in the first few rows while the rest are filled with family,” says Mr. Smiley, West Principal.  A few students will sing the national anthem,  and awards will be given out,  such as the Math and ELA awards. “There are also some student speakers who will make a speech,” Mr. Smiley explains.

One of the student speakers is Conner Dickison. The way he got this role was by making his speech in front of a group of teachers who then chose the ones they think will do the best. “One thing I did that really helped me was I brought a copy of my speech for each of the teachers,”  Dickison says. He also thinks that you should not act nervous when speaking so the judges know you will do well.

After the speeches, every student’s name will be called to walk across the front. They will shake hands with Mrs. Kulczycki and Mr. Smiley and collect whatever certificates they earned.